At Pet Courses, we have gathered together leading animal professionals to create and provide high quality online animal care & dog grooming courses. Our course selection has been meticulously chosen based on employment and business opportunities, arming our students with the ability to pursue fulfilling and meaningful careers in the animal care field.

All of our courses are delivered 100% online, with no deadlines or time limits. Allowing you the freedom to set the pace and expand your knowledge and skills while enjoying the convenience of learning from home.

Study at your own pace with no deadlines and lifetime access

Pay just $25 a week with our interest free payment plans

Try before you buy with our 5-day money back guarantee

Get professionally trained - online from home

If you want to work as a animal care professional, then what better way to learn than from a professional themselves. From a tv star vet to a award winning dog groomer, our team of course writers and mentors have years of experience and knowledge to share with you.

It's vital that anyone selling their skills be professionally trained, but with the animal care jobs such as dog grooming being largely unregulated, many simply don't have a certificate that will 'qualify' you. That's where Pet Courses has you covered, teaching you first-hand skills from industry experts in an interactive and engaging learning environment. 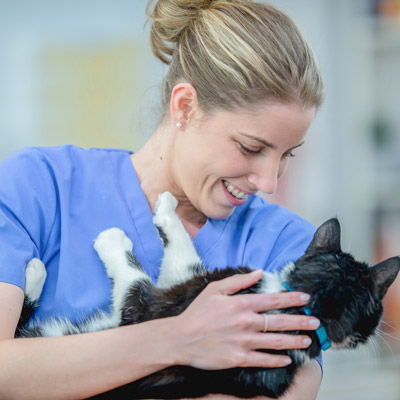 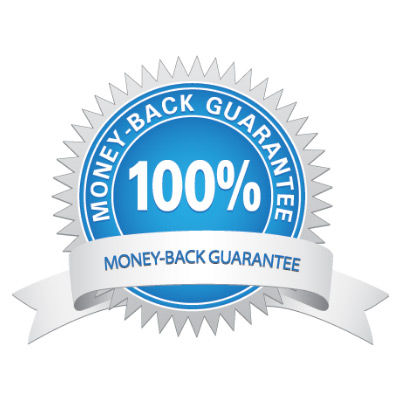 Study anytime- with no deadlines

Our animal care and dog grooming courses are delivered 100% online, with no deadlines or time limits. You're free to set the pace, expanding your knowledge and skills while enjoying the convenience of learning from home.

We offer interest free payments plans at just $25 a week on all of our courses allowing anyone that wants to learn the opportunity. And with our 5 day money back guarantee, you have peace of mind to be confident that we are the right fit for you.

When you study with Pet Courses, you're never alone.  You'll be joining an exclusive learning community that connects you with other students to share your learning journey.  Ask questions, seek advice or simply be motivated by others stories as you study your animal care course with us. 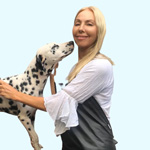 Julie's business started out by just word of mouth, with people stopping to ask who groomed her dogs. Before long she had dozens of regular clients and now happily works 2 days a week in her own salon. 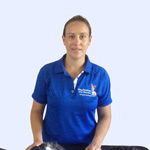 Nicole wanted a business that would fit around her new family that she could do from home. She had always loved dogs and dreamed of a career where she could work with them every day. 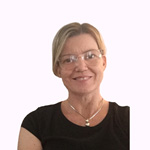 While studying, Sandi decided to post in her local dog park Facebook group to offer half price grooms so that she could get some models to practice on. She ended up being inundated with clients and after only a few weeks was able to charge full price. 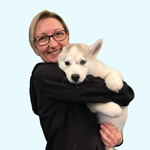 Amanda used to go and watch her friend groom dogs which inspired her to study dog grooming. She helped out at her friends salon, shaving dogs pads and trimming nails and managed to secure a job at a local grooming and day care facility. Amanda has since set up her own part time business as well. 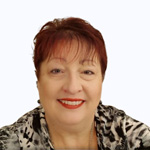 After 35 years in insurance, Lisa decided to follow her dreams and start her own dog grooming business. After graduating, she converted a spare bedroom into a salon and embarked on an exciting new chapter in her life. She hasn't looked back since! 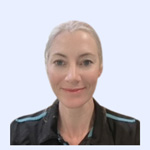 After graduating, Alyson nervously opened her salon. She was worried she wouldn't have enough clients so kept her two part time jobs going. After just 2 weeks she quit her part time jobs because she was running out of appointments for her clients! 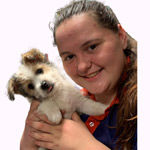 Having always loved dogs, Brooklyn dreamed of a career as a dog groomer. Whilst studying for year 12, she completed her Dog Grooming Diploma and set up a small salon from her parents home.  She has since gone on to specialise in Asian fusion and teddy bear styles having achieved so much at such a young age.

Having a background in dog behaviour and training, embarking on a career in dog grooming was a perfect match for Brigitte. After pestering everyone she knew with a dog to gain experience, Brigitte opened a small home salon. Following it's success, she is now in the process of expanding into an upmarket boarding facility as well. 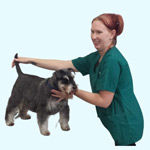 As a vet nurse, dog grooming complimented Sharons career really well and offerred her a back up career to earn extra money.  Sharon now operates a grooming business 1-2 days a week out of a local pet shop, giving her great variety in her working week. 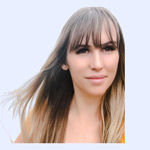 Owner of Groomed by Kelly

Dog grooming was a career that Kelly always wanted to pursue.  While studying she practiced on friends and families dogs, setting up her mobile dog wash and grooming business before she even graduated.  Initially starting out part time, she got so busy that she now operates full time. 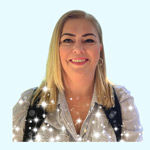 Having always loved dogs, grooming was the perfect career for Jodi.  She started out by creating a balinese style hut in her garage.  After doing letter drops and grooming friends and families dogs, her business has now expanded to work out of a beautiful renovated home salon. 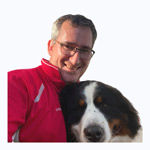 After suffering some medical issues, Kurtis needed a new career that offered him more flexibility.  He had the opportunity to purchase an established mobile business, so while studying he shadowed the previous owner, and was then ready to hit the ground running in his new mobile trailer. 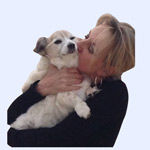 Having fostered and adopted many animals, Jayne felt in her happy place surrounded by dogs.  She took the plunge by enrolling to study dog grooming, finally following her passion.  Now working alongside a friend and specialising in dogs with special needs, her only regret is that at 61 she wishes she had done it sooner! 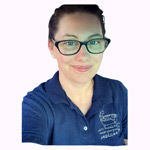 As a mobile dog washer, Mel was receiving so many customers asking her to groom that she decided to upskill, completing her Dog Grooming Diploma. Now 6 months on she is loving her job and looking forward to establishing a home based salon in the near future. 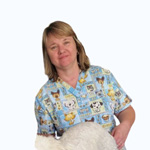 Leanne was frustrated when her beloved elderly Poodle was refused grooming. So she took it upon herself to learn. She now enjoys helping others out as her new found hobby.

“I truly enjoyed this course” all the information provided were fantastic and the instructors were wonderful and knowledgeable.

This course is quite useful for the development of my new career. I received a lot of helpful knowledge of dog grooming.  I definitely will recommend my friends to study this course if they are interested in Pet grooming.  Appreciate for Hannah Grice.

Great corse, easy to understand and I like that there is no time limit to complete the corse.

thanks and it was good and useful for my business.

Was very happy with the course. Very informative and I have felt I learnt a lot. All of the information provided was easy to read and understand.

This course was very easy to understand and gave me all the basic tools I needed to become a dog groomer.

By submitting this enquiry, I agree to receiving emails from Pet Courses regarding courses that may be of interest to me and I accept the privacy policy. I can unsubscribe at any time.

Get your FREE course info pack